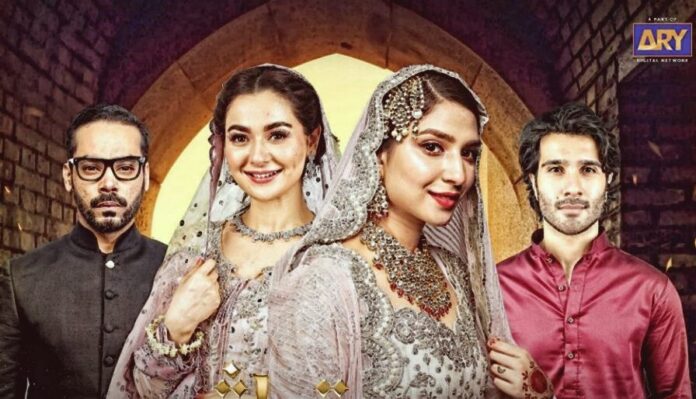 When Ishqiya’s teasers first started making rounds on social media, the fans and audiences were left highly anticipating this new drama with a star-studded cast.

Starring in the lead are Ramsha Khan, Hania Amir, and Feroze Khan in what appears to be a love triangle. Though, as the teasers gave more of a view in the characters, we realized that it was no unconventional love story with a stereotypical love triangle.

After watching the first two episodes of the drama, here is all that we have understood of the plot so far.

Ramsha Khan plays the decent and thoughtful Hamna, who is madly in love with the angry yet romantic Hamza (played by Feroze Khan), and what can go wrong when two people love each other? Apparently, a lot.

Hamna belongs to a family where love marriages are a big no, and right at the beginning of the story, we get the feeling that their love story might be nearing its end. Hamna has already received a proposal, and her father is all set to marry her, and contrary to what we thought, it doesn’t look like Hamna plans to speak up about her love interest to her father.

So far, the most compelling character appears to be Hamna’s- as there are hidden dimensions, and she has managed to take us by surprise.

What doesn’t take us by surprise, though, is Ramsha Khan, perfectly portraying this role. With her performance as ‘Marium’ in Kaisa Hai Naseeban last year, Ramsha Khan inevitably showed herself as an actress with the talent to portray all kinds of characters with perfection.

So far, we have seen her in many different roles, and have seen her portray a lot of different dimensions, and once again with ‘Ishqiya’- we are very excited to see where she would be going with this role.

Coming down to the final over, Pakistan survives spirited challenge by...