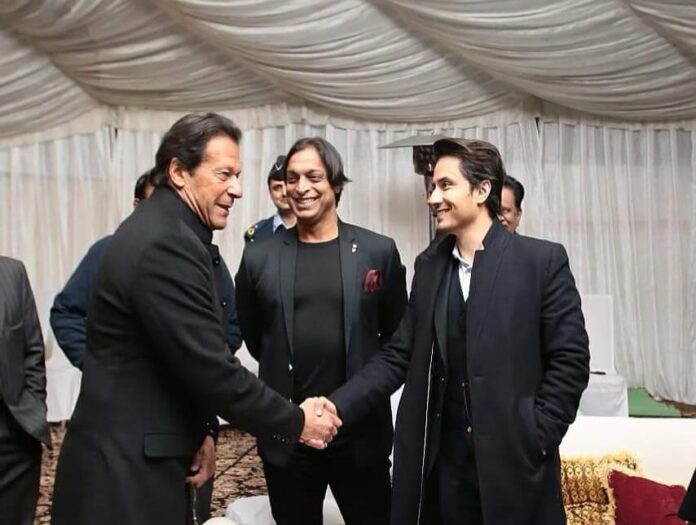 LAHORE: Star power doesn’t get bigger than Imran Khan but when you have Ali Zafar, Maya Ali, Fakhr-e- Alam, Mikaal Zulfiqar, Hira Mani, Reema Khan, Shoaib Akhter, Javed Miandad, Jahangir Khan, Hamid Mir and Salim Bokhari on the same stage, you’re sure to attract attention. And that’s what happened at the 25th anniversary of Shaukat Khanum where these stars took the stage and appealed people from across the globe to donate generously.

Fakhr-e- Alam conducted the evening and took the guests through a presentation on the work being done at Shaukat Khanum.

Ali Zafar has been affiliated with SKMH for many years now and he shared his personal experience with the audience. He said we have to make SKMH a self-sustaining organization which should be an example for the world. I appeal everyone from across the globe to donate because you’re small gesture can change life of someone.

He said the hospital has now become a symbol of hope for thousands of cancer patients in the country. I was in class six since I have been donating for SKMH. I am donating 5lac to these cancer patients today and appeal all the people to donate the more they can.

Besides being a star galore, the event also managed to raise and materialise incredible amounts of funds for the hospital.

During the four-hour long programme, SKMCH&RC supporter from across the globe continued to call and pledged Silver Jubilee donations. People also called to become ‘Ambassador of Hope’ for Shaukat Khanum and pledged to donate on a monthly basis. Pledges of Rs 350 million were received in a short time. They are the proof that donors’ trust in SKMCH&RC has increased over the period of time.