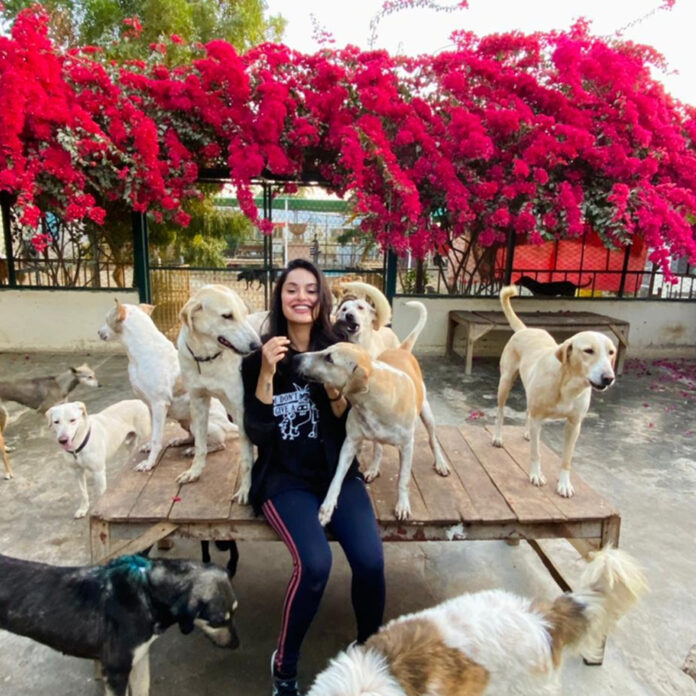 The 6-session course is orchestrated and moderated by Chundrigar herself with guest speakers (including some members of ACF and other notable animal rescuers).

The sessions include visual presentations that detail all of their learnings of the last decade. The discussions were followed by Q/A sessions which allowed members of the foundation to impart knowledge related to animals to all the attendees.

The course is currently taking place on Thursdays, 7pm to 8:30pm and Saturdays, 3pm to 4:30pm on Zoom.

The course intends to share the basics of all that ACF Animal Rescue has learned over the past eight years regarding how to understand stray dogs, cats, and donkey behavior. In the upcoming sessions, it will further explore how to assess what can be done in each person’s individual capacity to make the lives of street animals significantly easier.

Ayesha Chundrigar will also be discussing how to become a foster carer for orphaned puppies and kittens.

The course implements empathic education for humans and animals to ensure harmonious coexistence between all forms of life in our society.

“This animal care course is a fun, interactive way of sharing and transferring the knowledge that we have learned over the past 8 years, navigating our way in making animal welfare a norm in society. It tackles the do’s and the don’ts that I wish I had known when I had started and also the details and nuances in animal behavior and rehabilitation that we have learned through experiences over the years with thousands of animals,” stated the founder and CEO of ACF Animal Rescue, Ayesha Chundrigar.

Ayesha Chundrigar and ACF Animal Rescue are continuing to use their efforts for the betterment of animals across the city.

With several initiatives, they recurrently come up with new ways to develop a better society for humans and animals alike.

Chundrigar and the foundation currently have several other projects in the pipeline. More on that will be discussed at a later date.

PTI & PPP Lawmakers, Ayesha Bano and Sharmila Faruqui Agree on the Need for a National Body to Address Pakistan’s Education Emergency during PYCA...