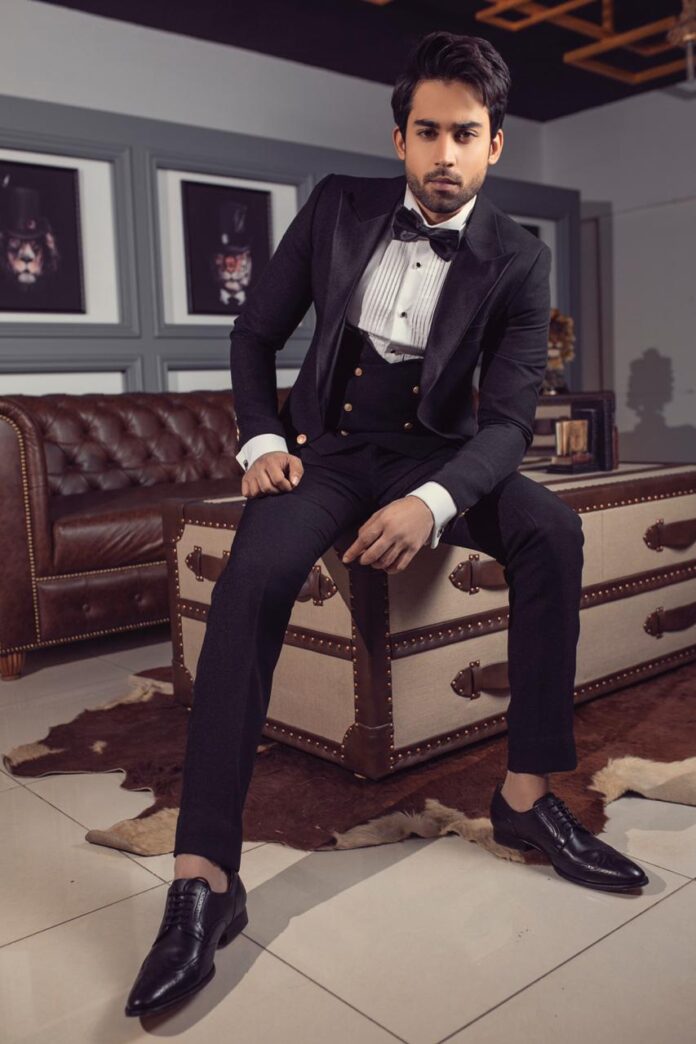 Bilal Abbas Khan is dressed to impress in the custom-made formal outfits in this shoot that was photographed by Jawed Iqbal, with grooming by Nadeem Williams from A-list Salon. Graceful and elegant in the formal look, Khan represents the modern man in this shoot – both classic and progressive!
After winning critical acclaim for playing a killer in the drama Cheekh, Bilal Abbas Khan is ready to come back to the screens with his new project “Pyaar Ke Sadqay,” on HUM TV, opposite Yumna Zaidi & Yashma Gill.

The young heartthrob rose to fame and became someone to watch out for within the first year of his entering the industry with his role of Qasim in the critically acclaimed drama ORangreza opposite Sajal Aly. Since then, he has played unconventional roles in megahit projects including Haseeb Hassan’s made for TV Film, Laal, drama serials Balaa and Cheekh – and has just come back to TV with Farooq Rind’s serial Pyaar Ka Sadqay.