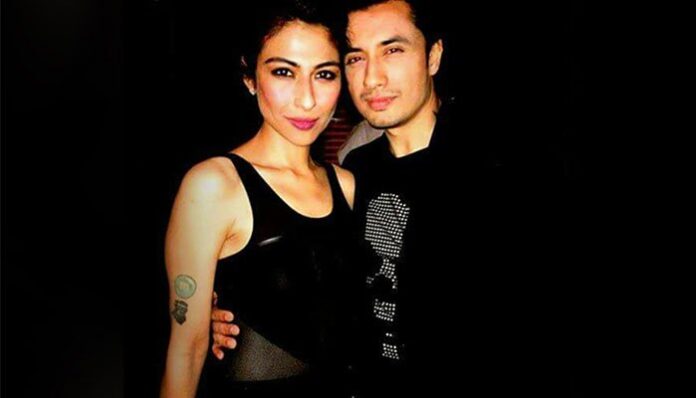 The court said that until Zafar’s defamation petition against Shafi is not decided, a verdict will not be announced.

Ali Zafar’s defamation case was also fixed yesterday for Meesha’s evidence however neither any witnesses appeared from Meesha’s side nor her counsels were available.

The court observed that on last date of hearing the case was adjourned for 13th Feb on Meesha’s counsel Saqib Jillani’s request due to his non-availability.

However, neither he appeared nor any of the promised witnesses today also. The learned judge further observed that if the witnesses will not appear on next date of hearing, Meesha’s right to produce evidence will be struck off.

The only case pending now in court is Ali Zafar’s defamation case of 100 crores for damages against Meesha Shafi. The case is adjourned for 18th Feb for Meesha’s remaining evidence.