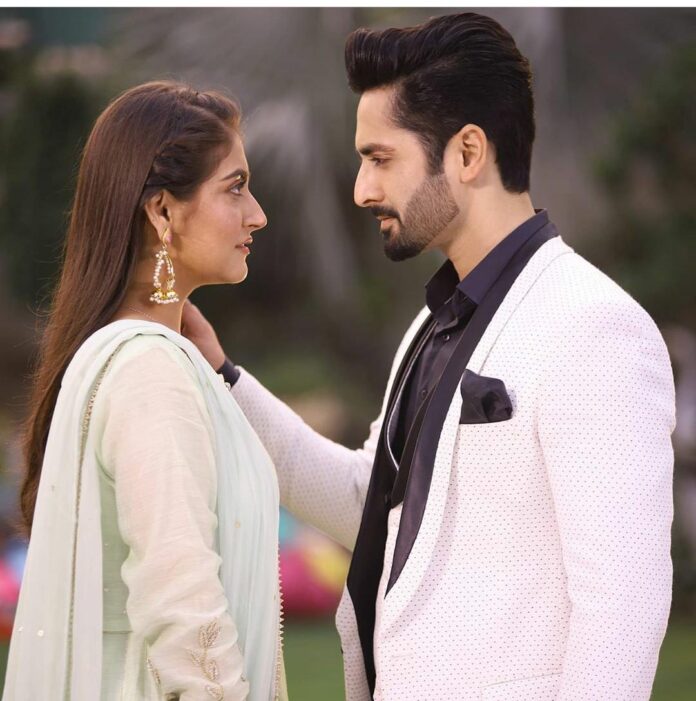 Abdullah Kadwani and Asad Qureshi’s latest masterpiece, one of the best shows that aired on our TV screens this year, 7th Sky Entertainment’s ‘Deewangi’ came to a satisfying end – and it for sure took social media by storm.

After the second last episode had constantly been trending on YouTube last week, the anticipation for what was to come out of the last episode was really high – and the show delivered far beyond everyone’s expectations.

The episode did not only trend number one on twitter as soon as it went on-air, but it has also been trending at number 1 on YouTube since last night.

As Sultan (Danish Taimoor) paid dearly for his sins, and Nageen (Hiba Bukhari) finally got her happy ending with Haroon (Ali Abbas) – fans took to social media to express their love for the perfect end. Without giving Sultan the redemption he did not deserve, the story took a giant leap for how Pakistani dramas usually end up making a hero out of the bad guy, and for that, it deserves all the appreciation it has been garnering.

The story of madness, heartbreaks, and revenge ended on a high note and has taken the spot as one of the best dramas of the year. Credit goes to Abdullah Kadwani and Asad Qureshi, for bringing another enticing tale to our screens that won’t be forgotten anytime soon.

Lux Style Awards 2020 Allot Everyone the Best Seat in the...