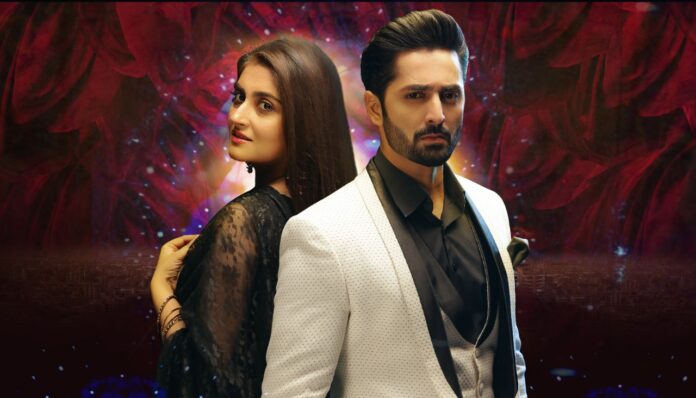 Pakistani dramas and their OSTs remain unmatched to this very day, and no one can disagree with that. As much as our shows and plays are appreciated, their OSTs have established a separate fan base who wait for the soundtrack to be released just as impatiently as the show itself.

In the last decade, there have been several OSTs that ruled the charts because of their melodious tunes and lyrics.

One such OST that has taken the music scene and social media by storm is from the drama Deewangi, a 7th Sky Entertainment production.

It became one of the most widely anticipated dramas of 2019 ever since the promos went on air and were uploaded on social media. The show attracted attention and curiosity of the audiences because of its stunning leads in the face of Danish Taimoor and Zoya Nasir as well as their crackling chemistry.

Things got a lot more interesting as soon as the OST was out. The song is written and composed behind the musical maestro Saher Ali Bagga who has also lent his vocals to the song. The song starts with a hopeful melody and talks about how we destroy houses that we build with our very own hands.

The lyrics depict the mood and the intensity of the story and tell us how easily we lose someone we love who came into our life after a mountain of pain and adversities.

The song takes you by surprise and shifts in a haunting tune of pain, heartbreak, and despair. It tells us how we are unable to differentiate between the good, the bad, and the completely insane when we are in love.

The video features the two leads looking picture-perfect, but the tension and distance between them shake you up and intrigues you to find out what could have happened between two people who were once in love. The song is sure to leave an incredible impact on you.

The song even has a qawwali portion in it that’s composed beautifully. The singers unanimously plead how hatred, misunderstanding, and pain can replace love, happiness, and the sanctity of a relationship.

Sahir Ali Bagga is in his element here as he croons the hard-hitting, and heartfelt song, which is an accurate depiction of the destruction of a relationship.

The classical qawwali portion with the beats of the tabla creates an atmosphere of uneasiness and chaotic solace that there is between the two central characters. His voice adds the haunting beauty that was required in a track such as this one. It has already garnered more than 300,000 views since it released less than a day ago on YouTube.

The visuals are enough proof that the show will be an intense roller coaster of emotions and feelings.

Danish can be seen wearing sharp suits and blazers while Zoya is dressed in traditional attire and looks graceful. It is the first time that the two are working together, and they have already won the hearts of their viewers, and this song seems like it is going to be the next big hit.

Usman Mukhtar is all set to release his latest horror production, Gulabo Rani