ISLAMABAD(INP): Prime Minister Imran Khan on Tuesday said the government would continue to take all possible measures for a ‘disaster-resilient Pakistan’ through effective prevention, mitigation and preparedness.

“Pakistan is also committed to fulfilling its responsibilities mandated under regional and global frameworks on Disaster Risk Reduction, as signatory,” the prime minister said in his message in commemoration of the victims of October 8, 2005 earthquake.

“Today, on the commemoration of 14th year of the tragic earthquake of 2005, I would like to express my deepest condolences to the families of victims who lost their loved ones in the unfortunate earthquake,” he said.

Imran Khan hoped that National Resilience Day – marked in remembrance of the 2005’s quake victims – would encourage the people of Pakistan to not only enhance their knowledge about disaster risk management, but also spread the message of preparedness, safety and self-reliance.

“While that major earthquake incident left unforgettable memories of devastation, pain and sorrow, however, Pakistani nation also rose to the challenges and exhibited exemplary spirit of sacrifices, philanthropy, mutual help and resilience,” he said.

He recalled that the system existing at that time to manage such a disaster was not at all capable of handling the situation and expressed satisfaction on putting in place a comprehensive and efficient National Disaster Management System through an Act of Parliament.

He said the government was committed to further reform and strengthens the system.

The Prime Minister also paid homage to the victims of recent earthquake of Mirpur, Azad Jammu & Kashmir and expressed resolve to provide all possible support to the people in affected areas till their complete rehabilitation. 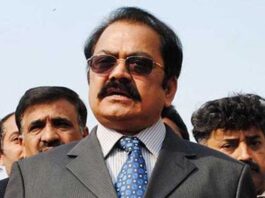