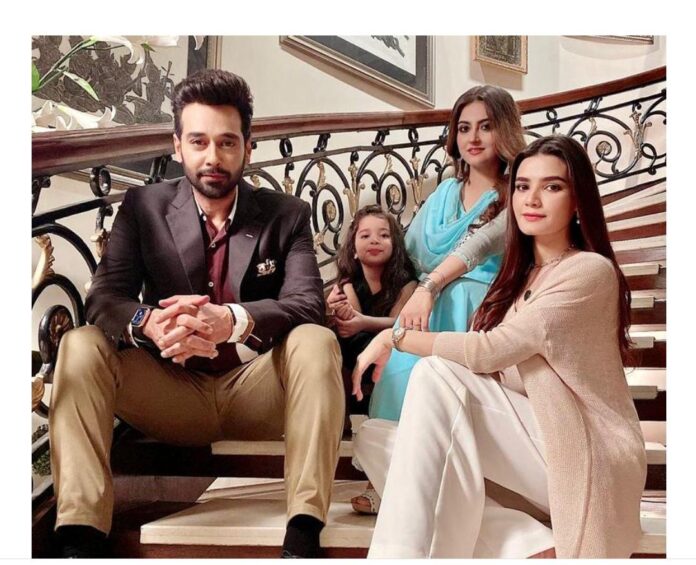 Celebrated Pakistani actor Faysal Quraishi is all set to feature in the upcoming project titled, ‘Affair’. After his superb performance in the hit drama series ‘Muqaddar’, the actor has now signed up for another show on the television broadcasting channel, Geo Entertainment.

The drama is directed by Siraj Ul Haq and written by Zangabeel Asim, who also previously wrote ‘Bashar Momin’. Quraishi is said to play the protagonist alongside renowned actress, Hiba Bukhari. Other members of the cast include Wahaj Ali, Kiran Haq, Kamran Jilani, Saba Hameed, and Tanveer Jamal.

Known for his versatile characters, Faysal Quraishi has previously worked on several mega drama serials throughout his career. He is best known for his striking performance in series such as ‘Bashar Momin’, ‘Baba Jani’, ‘Qaid-e-Tanhai’, ‘Adhoori Aurat’ and several others.

Much like his previous roles, the actor is said to take on another powerful depiction in the drama serial, ‘Affair’.

“I can’t reveal a lot about the drama right now but I’m excited to take on yet another interesting character. All I can tell you is that I’m playing the protagonist. Hoping my fans enjoy this drama too. Honestly, it’s exciting to be a part of several drama teams simultaneously. Obviously, it’s been a challenge switching roles but a challenge that I have thoroughly enjoyed,” comments Quraishi when asked about the upcoming drama and the challenges of working on different projects simultaneously.

Faysal Quraishi can now be seen on the small screen in drama serials, ‘Muqadar’, ‘Gustakh’ and ‘Log Kya Kahenge’. His roles have captured the attention of many as he continues to be one of the most acclaimed actors in the industry right now.

Quraishi has captivated audiences for years, one stellar performance after the other and this drama is said to bring that same kind of magic on screen. Release of the drama series and more details on the narrative will be disclosed at a later date.

Social Media buzzes with love for Raaz-e-Ulfat as the Drama comes...