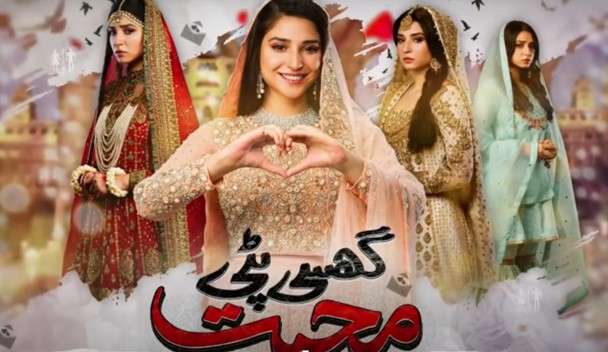 It seems like 2020 started just a few days ago but is actually just about to end. It’s been a wild year, and with it, some even wilder television. But even in the midst of absolute disarray, Pakistani television has narrowed in and delivered some incredible storytelling against the odds.

The powerful narratives, realism powered by innovation truly make them unique and unforgettable, and has hooked viewers on to their television screens.

We have prepared a list of our favorite dramas that are aired currently. What makes them stand out from the rest is their coherent plot, intelligent writing, strong performances, and good directions.

Ghisi Piti Mohabbat is gripping and enjoyable due to its sparkling script, witty dialogues, skillful directions, and fresh casting. Fabulous performance by Ramsha Khan make this serial standout from the crowd who plays the role of a girl who faces betrayal in life when she gets married.

Who says comedy is easy to perform? In reality, it can be the hardest thing to pull off. Both Ramsha Khan and Wahaj Ali showcase their best in terms of comic timing, execution in doing justice to humor draped around social messaging.

Qarar premiered only recently and we are already counting days for the next episode. The story of the drama looks quite intriguing and we are loving the two female leads in the drama where on one side we have a soft amiable young girl who loves her uncle and aunt very much played by Rabab; and on the other hand, we have an overly pampered and spoilt girl played by Sanam Jung.

The drama also marks the return of Rabab Hashim after she was last seen playing the role of a strong-confident girl Soha in Meray Mohsin.

7th Sky Entertainment’s hit – Meherposh, brought together real-life couple Ayeza and Danish in this tale of love, turmoil, and emotions. Their on-screen chemistry speaks volumes and gives us more than just a love story, an intimate understanding of the deepest feeling two people can have for each other. This tragic story hits at the heart of how an unintentional blunder can act against a woman. There is no redemption, no absolution in this story; it serves as a reminder that some things just cannot be taken back.

This intense family saga produced by maestros Abdullah Kadwani and Asad Qureshi has proved to be one of the best dramas of the year.

With an engaging plot and very relatable storyline, Raaz-e-Ulfat is continuously hoarding the first three spots on YouTube trending recently. It is a drama with many layers and subplots, all of them bound to be connecting and coming into full-bloom later in the story.

The drama has managed to keep viewers glued to their screens and we can’t wait to see what would happen next in Mushk’s story.