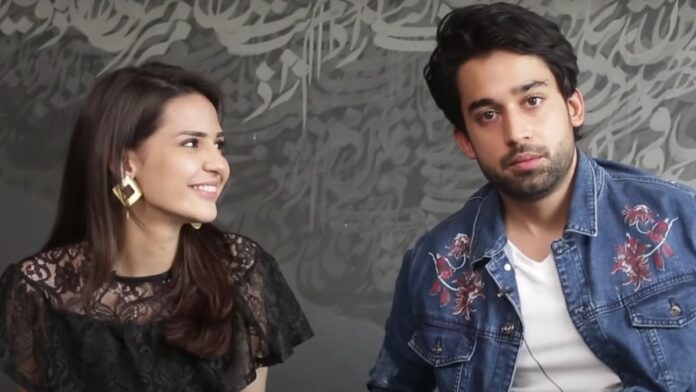 Madiha Imam, who plays the lead in Zindagi’s original – Ek Jhoothi Love Story has been much appreciated for her impeccable performance in the show. Centred on chasing the ‘ideal’ life partner, the show is now available on ZEE5.

In a conversation, Madiha expressed her joy of having worked on set with the entire cast and explained her relationship with Bilal Abbas Khan. “I have worked with Bilal before at the start of our careers. Bilal is extremely professional and quiet. I like having fun on the set but when it comes to work, Bilal and I are on the same wavelength. He is thoughtful about his character, puts in effort to better the scene by trying new things and I admire that about him. He is a great co-star to work with.”

Madiha appreciates her journey with the entire cast and adds, “It was great working with the entire cast especially Beo aunty, Ahmed sir, Kiran and Mariam. It was a very collaborative atmosphere with all the artists on the set. To sum it up it was a smooth sail throughout.”

While talking about her favourite moment during shoot, Madiha said, “There is this sequence of my Mehendi in the show where all the celebrations are going on. Beo aunty at the sound of action would start singing and then never stop (laughs). She would be like ‘let me enjoy the song why do you say cut.’ Then she would dance too and take us along with her vibe.”

‘Mehrama’ from Ek Jhoothi Love Story is the love anthem of...