Home Entertainment ‘Mehrama’ from Ek Jhoothi Love Story is the love anthem of the... 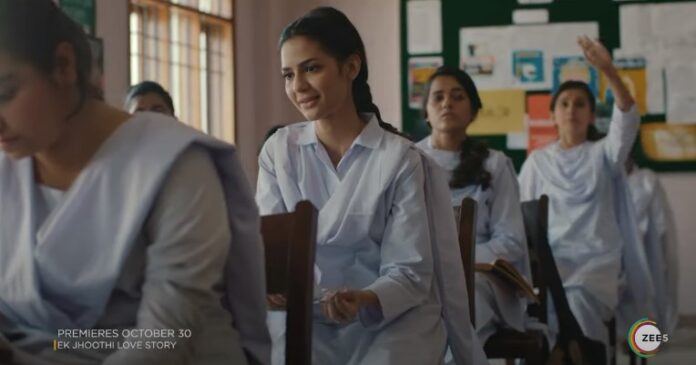 ZEE5 Global recently released the original soundtrack ‘Mehrama’ from their much awaited Zindagi original – Ek Jhoothi Love Story and it’s the most romantic thing you’ll see on the internet today.

The song has instantly started receiving an immense amount of love and has created a lot of excitement amongst everyone in Pakistan. It has a very soothing feel to it and will make one fall in love. The melodious soundtrack, has been sung by Mustahsan Khan and Zenab Fatima Sultan.

The music is composed by Saad Sultan, who has also composed hits like Pi Jaoon, Laiyaan Laiyaan, Akhiyaan Nu Rehn De and Baliyay in the past. The mesmerizing lyrics are penned down by Late. Shakeel Sohail.

Saad Sultan said, “It was lovely composing the original soundtrack for Ek Jhoothi Love Story and fitting it in with the beautiful storyline written by Umera and directed by Mehreen Jabbar. It was a great experience working with Motion Content Group and ZEE5 who completely trusted us with this and supported us throughout. The track is soft and soothing. I hope that people enjoy it! “

Director Mehreen Jabbar adds, “Mehrama is a beautiful track that sets the mood of the show. It is dreamy, magical and romantic; has an element of freshness to it. We hope this will be loved and remembered by the audience.”

Released on Zee5’s YouTube channel, the track will be available to millions of viewers globally.

Anoushay Abbasi debuts as a singer on Kashmir Beats