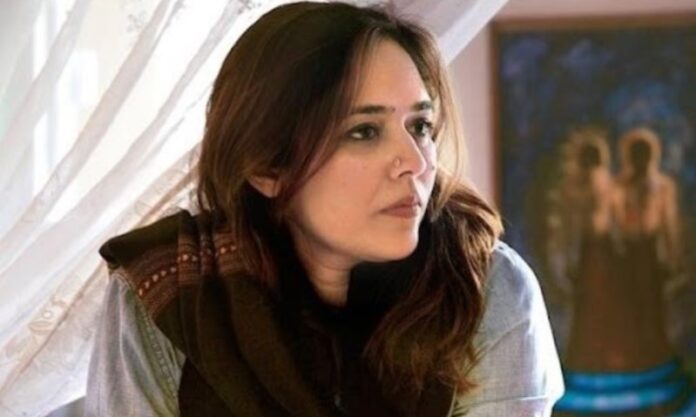 The trailer of Zindagi’s second original; Ek Jhoothi Love Story dropped last week and has taken the audiences by storm. Premiering on 30th October, the series is directed by Mehreen Jabbar and written by Umera Ahmed.

The show is a romcom starring Bilal Abbas Khan and Madiha Imam in lead roles. While the audiences are all praises for the lead pair, they are going gaga over the hilarious moments and comic timing of actor Beo Zafar. It has created a lot of excitement among the viewers

While many know that Mehreen is the daughter of media personality, writer and intellectual, Javed Jabbar, what they do not know is that she is also the niece of Beo Zafar, who was last seen in the Oscar nominated film, Cake. Mehreen shared that despite Beo being her Khalla, she hadn’t gotten the chance to work with her in all these years. “I was looking for an opportunity to work with Beo Khalla and actually had a lot of guilt that it hadn’t happened yet. When Shailja Kejriwal recommended to cast her for the role of Salma’s mother, I was super excited to give it a shot and honestly, it was the best decision that could’ve been made for Ek Jhoothi Love Story.”

Mehreen was all praises for Beo and commended her natural flair for comedy. “She brought so much to the role and improvised on set like a born actress. Her own humour and attitude was added to the character which took it to another level. Even on set, she always left us all laughing, which really made it feel like we were all part of a family.”

Zindagi’s second original ‘Ek Jhoothi Love Story’ is all set for a global release on 30th October, 2020 only on ZEE5.