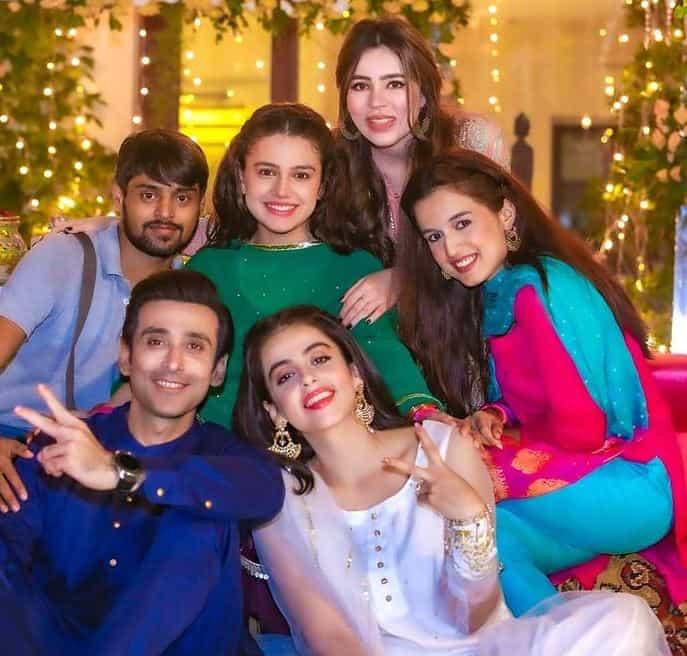 Miss Veet Hira Khan recently took to her Instagram account and penned down a heartfelt note about her debut project ‘Phaans’.

Sharing a few BTS photos from the set, Hira said “I didn’t choose Phaans as my debut project but it chose me. After Miss Veet I was presented with numerous opportunities but I knew that I wanted to do something meaningful.”

The budding actress then went on to talk about her character, Farah and why she chose to play her. “The reason I wanted to play Farah was to reflect that there’s a little bit of Farah in all of us and when we get a chance to view it as a third person, it’s easier to pin point how pathetic we look as humans when we choose to spread our toxicity,” wrote Khan.

“When we had started shooting for this project, the motorway rape case happened and while ending it, we have monsters raping and killing women/children even beheading them.”

She also went on to acknowledge the hard work and efforts of the cast and crew, and urged us all to speak up against the atrocities happening in our country. “The whole crew and team tried their best to play their part, it’s your turn now. Please, the least you can do is galat ko galat kahein and raise your voice. May justice and sense prevail and our children come into a better world,” wrote Khan.

“… Bus ab no turning back and the only way for you from here on should be upwards.” wished Phaans’ leading lady and costar Zara Noor Abbas, while Arjumand Rahim commented that Hira Khan “… played your character to the hilt, and so naturally… !”.

Phaans was aired on Hum TV and it’s final episodes have been making major waves on social media.

Ramsha Khan and Wahaj Ali come back together in ‘Ghissi Pitti...