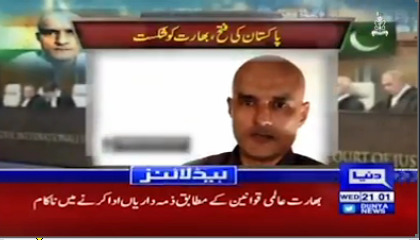 The film chronicles the event from last year when the navy prevented an Indian submarine from entering the Pakistani waters with a successful operation.

Narrating the equally thrilling and emotional accounts from last year, the film evokes a feeling of pride as the events have been laid out to remind us of the threats we outrun because someone is looking out for us. After the Pulwama attacks last year, the tension between India and Pakistan had grown to the point where the Pakistani army had been on high alert, prepared to face any adversity from the Indian side.

The documentary film paints a picture of the events from March 4th, when the Pakistani navy detected an Indian submarine in the Pakistani waters and successfully made it turn away.

Instead of retaliating, the Pakistani navy disengaged, all the while having every tool and weapon to attack and respond to the threat.

Though, the decision was made to take the high road to maintain peace and tranquility in the area, which Pakistan has always prided itself for.

At the same time, it also brought the much-needed reminder that the situation was in the navy’s hand at that moment, it all came down to the choice they had made, and they chose to keep the peace.

The documentary film perfectly captures the events from the past year and pays homage to the soldiers who have never once failed to protect their country from threats while performing their duties.

The Pakistan Navy released the special documentary film on the National Naval Day, which is celebrated on 8th September to pay homage to the martyrs who have sacrificed their lives in the line of duty for their motherland, and the soldiers who continue to protect their country at the cost of their own lives.