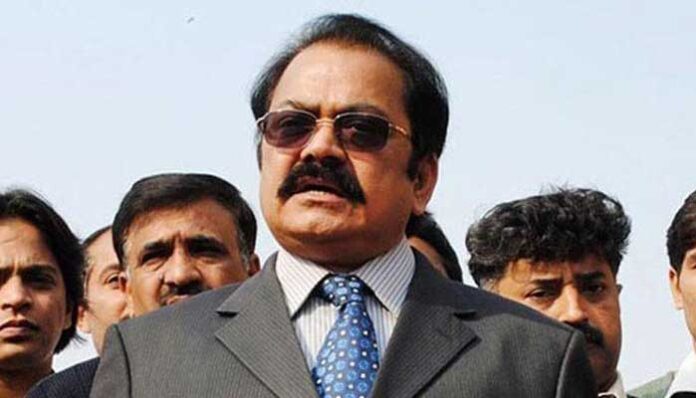 PML-N leaders, including its vice-president Maryam Nawaz, have been booked in different cases in connection with the Pakistan Democratic Movement (PDM) rally held in Gujranwala last week under charges ranging from violating the coronavirus SOPs to attempted murder, reported 24NewsHD TV channel on Tuesday. One of these cases was registered on Tuesday with the Satellite Town Police Station, accusing them of trying to crush policemen to death.

The first information report (FIR) mentions the name of PML-N Punjab President Rana Sanaullah, Khurram Dastgir MNA, Imran Khalid Butt, Salman Khalid and Pomi Butt. It is said in the FIR that the PML-N leadership along with the party workers resisted the policemen and the participants of the rally attempted to crush them while driving an SUV.

Khurram, Chaudhry Mahmood Bashir Virk MNA and others have already been nominated in another case, accusing them of violating the coronavirus SOPs and blocking the roads on Friday last week.

But the people, including senior journalist Hamid Mir, reacted to this FIR strongly. Mir remarked that one of the charges against the organisers was of blocking different arteries in the city at a time when even the roads leading to Khurram’s residence had been blocked [by the administration].

The remarks came as the government had blocked roads not only within Gujranwala but also those connecting the city with other parts of the province. In fact, containers had been placed in other towns and cities like Lahore and Narowal as well. Even the GT Road was blocked by the government in and around Gujrat, Wazirabad and other places. Meanwhile, a case registered with the Shahdara Police Station says Maryam, Capt Safdar, Malik Riaz, Samiullah Khan, Pervaiz Malik, Ali Pervaiz Malik and others violated the security SOPs and the Punjab Sound Systems (Regulation) Act.