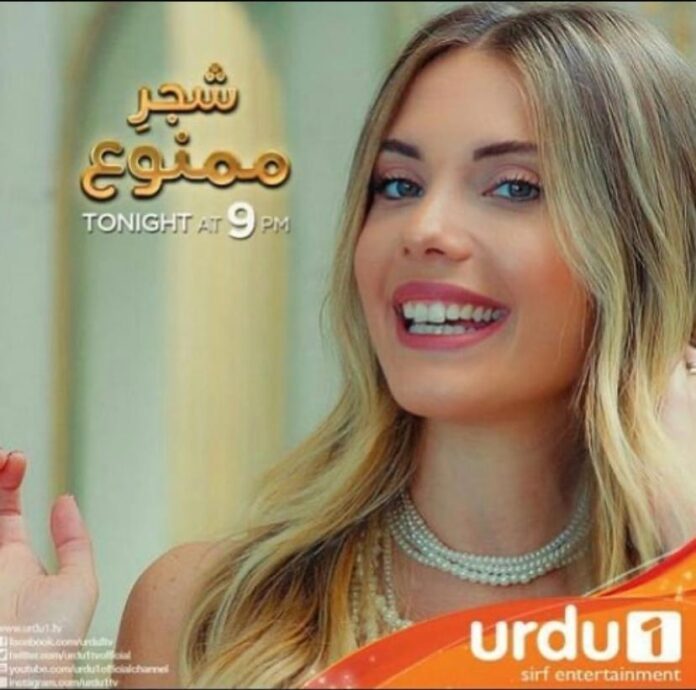 Shajar e Mamnu is indeed nothing short of a roller-coaster ride with its exciting plot filled with the most unexpected twists and turns. Episode 57 of Shajar e Mamnu, like every other episode, has yet again left us craving for more.

The episode starts off with Khalid calling Alia and Zehra to the study room to discuss some personal affairs and Zeynep asking Yildiz whether she has spoken to Kamal and if he has agreed to leave. When she learns of his rather negative response, Zeynep decides to talk to him herself.

A little further into the episode, Khalid refuses to let Yildiz go to London with Daphne and insists on her taking Zahra upon which the two, accompanied by Zeynep, get into a heated argument.

Upset, Yildiz decides to sleep in Zeynep’s room for the night but on their way to the room, they run into Alia, who makes sure to remind them of her sinister plan being successful yet again.

Fast forward to the next morning, Yildiz and Khalid get into a huge argument after she comes back to their room with Yildiz constantly telling Khalid of Alia’s bigger plans and Khalid stubbornly defending her.

After Kamal refuses to back off, disregarding Zeynep’s demand for him to stop all that he is doing immediately, Yildiz plants her diamond bracelet in the car’s dashboard and acts as if she is unable to find it anywhere and someone has stolen it; with her ultimate goal being to frame Kamal for theft and get him kicked out. However, the tables turn and her plan backfires when Kamal cleverly returns the bracelet to Khalid, claiming he found it while cleaning the car and implying Yildiz must have dropped it accidentally.

This is followed by a series of events leading up to the ultimate twist – watch the episode to find out what it is! Hats off to the cast of the drama serial, spot-on expressions and remarkable acting – truly a refreshing sight to see!

Aijaz Aslam to play a negative role in ‘Uraan’

Khuda Aur Mohabbat trending at no.1 in India on YouTube