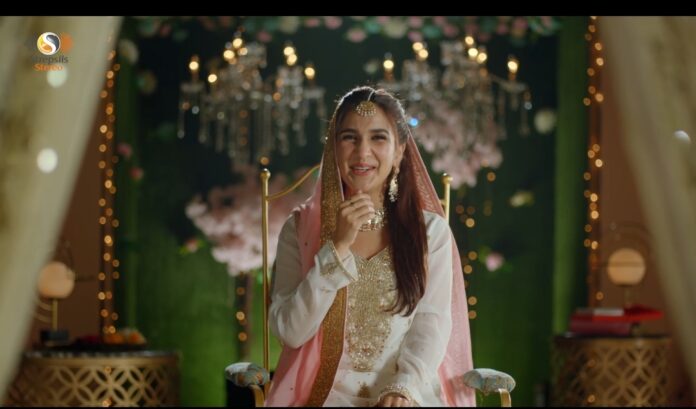 Since 2017, Strepsils Stereo, the country’s first and the only acappella platform, has been uniting people to create eloquent music through voice only (with no instrument).

It has once again teamed up with the music maestro, Shuja Haider, for a refreshing track titled, “Udikan Laiyyan Mein”, a song that celebrates true moments of love.

Shuja Haider has teamed up with Anoushey Abbasi to present new talent in their latest music video. In a world where ordinary moments are taken for granted, this song stands to remind people that it is small moments that make big memories that make way for deeper companionships. Preceding the shaadi season, this song seems to have landed at the right time.

Shuja Haider shared his excitement about his association with the platform by commenting, “Strepsils Stereo is a unique platform and it encourages the youth to bring out their talent in its purest form, and the challenge of composing music without instruments is something that will always excite a true musician.”

Shuja Haider is known for his soulful music. His tunes are a hit across films, music platforms and Drama OSTs like Alif. But with Strepsils Stereo, Shuja taps into a new horizon for music in Pakistan.

As a voice of unwavering support for new talent, Strepsils Stereo conducted a digital singing challenge earlier this year, ‘Sing with Strepsils’, which received an overwhelming response from music enthusiasts across the country. Haider and team together shortlisted the 20 best entries as the new voices behind the third season.

Talking about this new season, Humayun Farooq, Director Marketing – Reckitt Pakistan, and maker of Strepsils, said, “Experimenting with fresh new talent was one of the best decisions we took for Strepsils Stereo Season 3 because these young stars have been a delightful experience to say the least. We are glad that we have provided them with a launching pad and we will continue to fulfill dreams of young and talented singers for Pakistan’s first and only Acapella platform. New talent is as welcomed at Strepsils as new ideas are!”

In its third year, Strepsils Stereo has ventured into a new realm with 7 new songs and many more awards! The new song is now available digitally across all platforms. The song has already garnered a lot of anticipation.

To say the least, Strepsils Stereo will continue to operate as a powerful platform for transforming local artists into celebrated professionals.