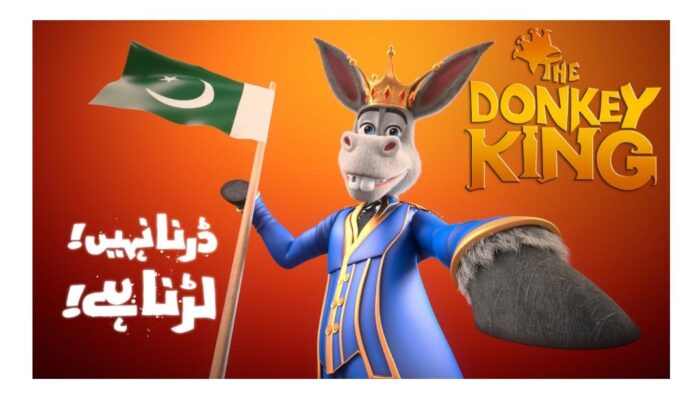 After captivating the audience in cinemas across the world, Pakistan’s highest-grossing animated film ‘The Donkey King’ is slated for its world television premiere on the first day of Eid.

The Donkey King was released in cinemas in 2018 and has been the only Pakistani film to explore territories around the globe, having been released in different countries in different languages.

Having set new benchmarks for the Pakistani film industry, the 1 hour 45 minutes of pure comedy and political satire follows the story of Mangu, a donkey who becomes king by chance.

The commercially and critically successful movie will be premiered worldwide at 7 PM on Geo Entertainment this Eid.

The film is a perfect family watch and will be a source of entertainment this Eid when the country is practicing social distancing.

The Donkey King is an animated comedy film that was released in Pakistan in October 2018 and has been produced by Geo Films and Talisman Studios.