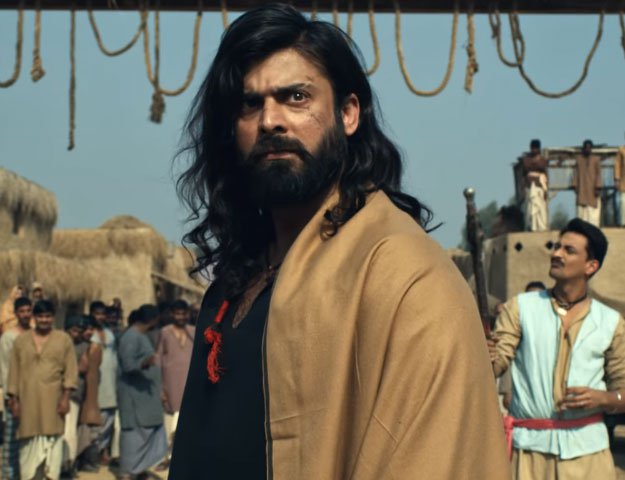 The most anticipated film of Pakistani cinema “The Legend of Maula Jatt” will be finally coming to the big screens this Eid ul Fitr.

The film has been hotly anticipated for a while now and was due to be released last year. After many legal hurdles the film faced in the past, it will finally be seeing the light of the day this May.

The magnum opus directed by Bilal Lashari, is one of the most ambitious projects of Pakistani cinema featuring Fawad Khan, Mahira Khan, Humaima Malick and Hamza Ali Abbasi in lead roles.

The unprecedented movie buzz is not only due to it’s stellar cast but also because the movie aims to bring a contemporary take to the cult screen characters of Maula Jatt and Noori Nath. Said to be the country’s most expensive production to date, the movie is set to become not only a production marvel in Pakistani cinema but will take the fighting style unique to the east, into the international arena of cinematic grandeur.

Ammara Hikmat, the executive producer behind the film, had already dropped a hint on social media about the near future release for the movie amidst various speculations. Now that the film is in final stages of post production, this announcement puts an end to all such rumours.

“It was a really ambitious project, so naturally we met a lot of challenges and the film took longer than we expected, to release. However, the film is in final stages of post production and will be in cinemas on Eid.” Said Hikmat.

The Screenplay of the film is by Bilal Lashari, dialogues by the Legendary writer of Maula Jatt 1979, Nasir Adeeb and story has been penned by Bilal Lashari and Nasir Adeeb. The highly anticipated movie will release in cinemas this Eid ul Fitr.