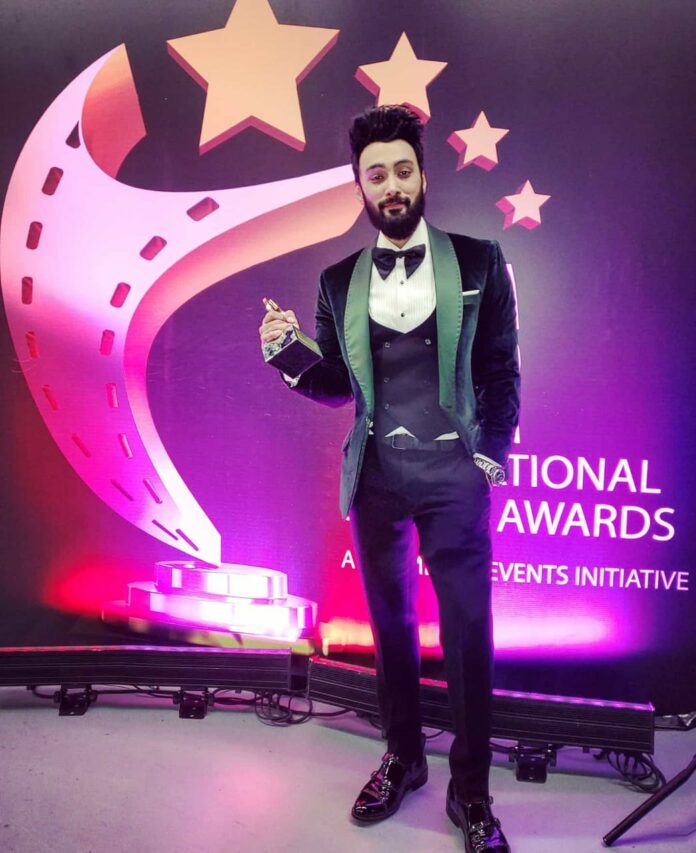 KARACHI: Umair Jaswal attended the first-ever Pakistan International Screen Awards 2020 at the Coca-Cola Arena located in City Walk, Dubai. The star performer had the audience fascinated as he rocked the whole show through and through.

The show started with an incredible upbeat track, just to get the audience going. Umair came out wearing ripped jeans paired with a t-shirt, sunglasses and an epic statement jacket with an electric guitar.

We got old king of rock n roll, ‘Elvis Presley’, vibes. His powerful voice took over the whole theatre. The screens switched turning up the entertainment in full swing. The performance was more than just a mini-concert, it was a whole experience. Jaswal’s performance truly embodied the Rockstar demeanor; he jumped around all over the stage and sang closer to the front row for audience engagement.

The main focal point of the performance was of course, Jaswal himself singing several different tracks including his goose bump inducing song ‘Chal Raha hoon’, leaving the audience awe-struck and having the crowd cheering all around.

The performance was truly a sight to see, however, his voice was unmatched, reaching every note on point. Finally, the cherry on top of the whole show was that the Rockstar won the PISA 2020 award for ‘Best Song’ for his original track ‘Chal Raha Hoon’, a well-deserved win, we couldn’t think of anyone more worthy of the award, as he had made a huge effort to bring the song to life.

Apart from the show, Umair Jaswal has multiple projects in pipeline, details of which will be disclosed at a later date.