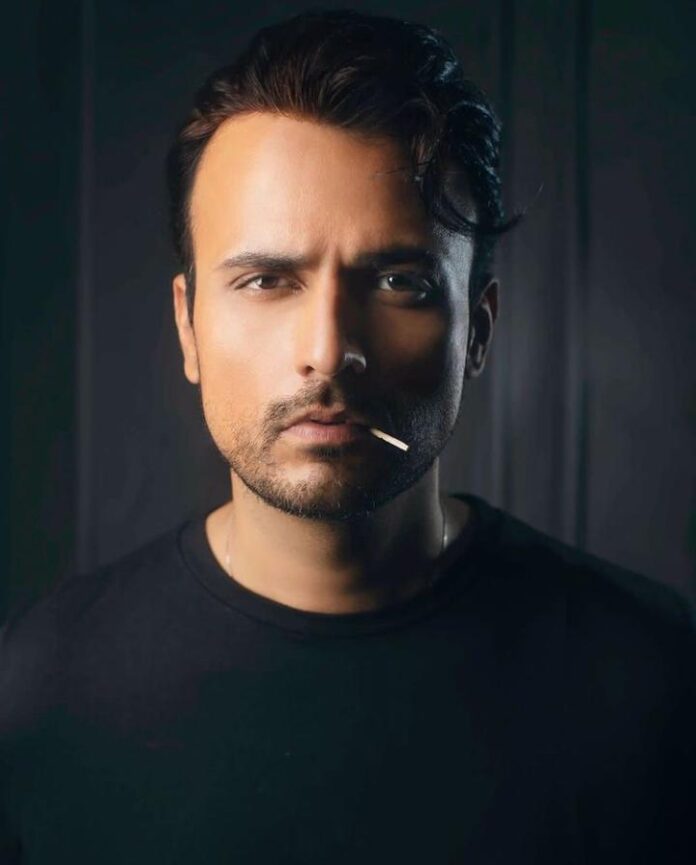 Eastern Terrestrial Studios in collaboration with Down Town Films and Channel Tek are all set to blow our minds away with their latest horror film “Gulabo Rani”.

Directed and produced by our very own super star Usman Mukhtar, along with Meiraj Haq, have come up with a phenomenal horror story like no other, under their very own production house, Eastern Terrestrial Studios.

Gulabo Rani is written by Ali Mudar and This Millenial Rants.And by the look of their very first poster drop, this short film gives us the right creepy vibes and the spine chills.

The cast includes a very enticing mix of young actors and performers who are equally passionate about this project. The actors include Usama Javed Haider, Meiraj Haq, Danial Afzal, Natasha Ejaz and Omer Abdullah with special appearance by Khushal Khattak.

Usman Mukhtar has always been appreciated for his stellar performances on screen and now he is all geared up to go behind the scenes and direct and produce this short film.

” I have always loved acting but it was about time I went behind the screen and took charge of the camera. Producing and directing Gulabo Rani was a great experience, and working with these young ones was another level of fun all together. There were moments of extreme horror and then moments where we all just cracked up laughing. So the chemistry between the entire crew was just amazing and I can’t wait for everyone to see this true labor of love that we have prepared for you all”, stated Usman Mukhtar.

Eastern Terrestrial is a new production platform where we have Usman Mukhtar and Meiraj Haq come together and create and build opportunities for all those actors and skilled craftsmen who are looking for the right break and chance. And we can see them doing just that with the cast of Gulabo Rani. Definitely a promising and much needed platform in the making for this country.

Fawad to star opposite Zara Noor, Sanam Saeed in ‘Aan’