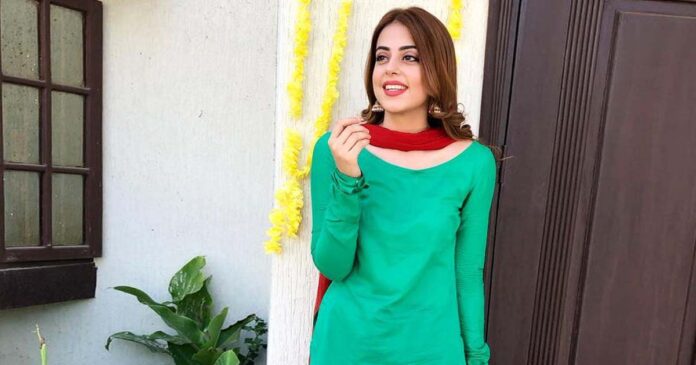 Yashma Gill has made a name in the entertainment industry in such a short span of time because of her acting skills. After getting roles in popular dramas such as Qurban, Ghar Titli Ka Par, Ki Jaana Main Kaun, Piya Naam Ka Diya, and Alif, she is now seen playing an important role in current favorite drama serial Pyar Ke Sadqay.

Starring opposite the talented Bilal Abbas Khan, Yashma Gill is a sight to see and a character to look forward to.

Yashma plays the role of Shanzay in Pyar Ke Sadqay, who is the love interest of Abdullah, her university mate. Abdullah is an underperforming student who stutters and has some autistic tendencies.

Hence, when Abdullah proposes her, she refuses upfront. However, after she gets engaged to a toxic and dominating person Esa, she realizes her mistake and tried to make amends.

In the previous episode, we saw the comeback of Shanzay in Abdullah’s life after she got married to Esa, who does not value her and likes having things his way.

She explains the troublesome relationship she has ended up with to her father, but he does not pay heed. Hence, she starts spending time with Abdullah and turns to him for companionship.

Although it might seem like a selfish move by Shanzay since she is under the impression that Abdullah is now happily married to Mahjabeen, the kind of marriage she is stuck in makes her look for value and love at other places.

Since she knows that Abdullah loves her a lot and always wanted to have her in his life, she goes to him.

Esa is totally not worth Shanzay, and it is one bad decision Shanzay made.

The slap at the end of last night’s episode showed that Esa was not just a dominating person but also capable of abusing his wife.

Shanzay’s character is complicated with multiple shades, and Yashma Gill is justifying this character completely.

Her on-point expressions and perfect portrayal makes you look forward to what Shanzay has in store for us and how she will impact Abdullah and Mahjabeen’s relationship. Looking forward to see more of her in Pyar Ke Sadqay.

Dhoop ki deewar is free to watch in Pakistan